Authorities Catch Criminal Truckers with $1.5 worth of cocaine in Indiana 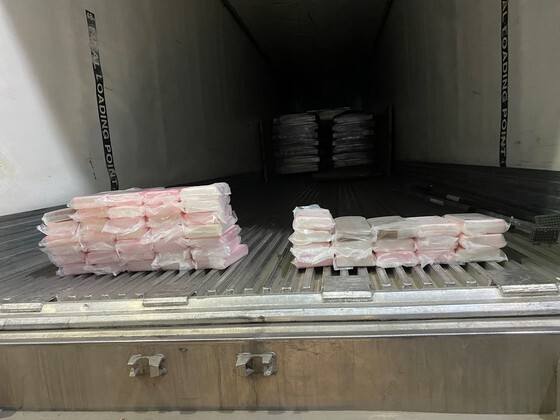 A major drug bust for Indiana State Police this past week within the drug smuggling world.

The bust was reportedly during a routine traffic inspection within Porter County, Indiana. The truck, whose driver has yet to be identified, was hauling produce when the deputy conducting the inspection had suspicions  about the contents of the trailer. The driver is now in police custody.

As the inspector looked in the trailer, he observed what appeared to be a black case which was inconsistent with the rest of the freight. A visual inspection of the case revealed several packages of a white substance. Additional investigation revealed that the substance field tested positive for the presence of cocaine.  The occupants of the truck were taken into custody without incident. A total of 50 kilos of suspected cocaine was recovered from the trailer.