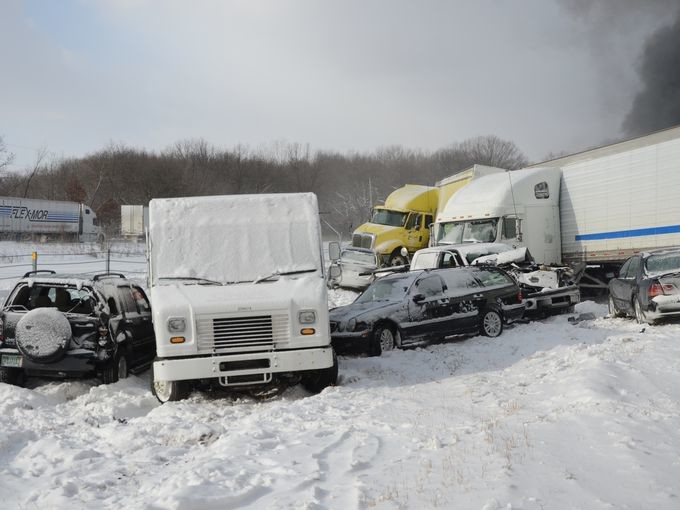 Massive pileup on highway I-94 involving dozens of semi trucks and other motor vehicles occurred almost 5 years ago on January 10th, 2015.  Michigan has already been recording record snowfall that year and coupled with the intense fog/heavy snow that day, it was a recipe for disaster.  The causation of the accident was difficult to identify but eye-witnesses and others involved in the accident stated that it was due to several semi trucks and trailers weaving and reducing speeds on the highway. One after another within the east and westbound lanes, just under 200 vehicles collided with each other, see the video below.

Around 27 people were injured and one semi truck driver were reported dead at the scene. Read the full in-depth story here: Automotorblog.com