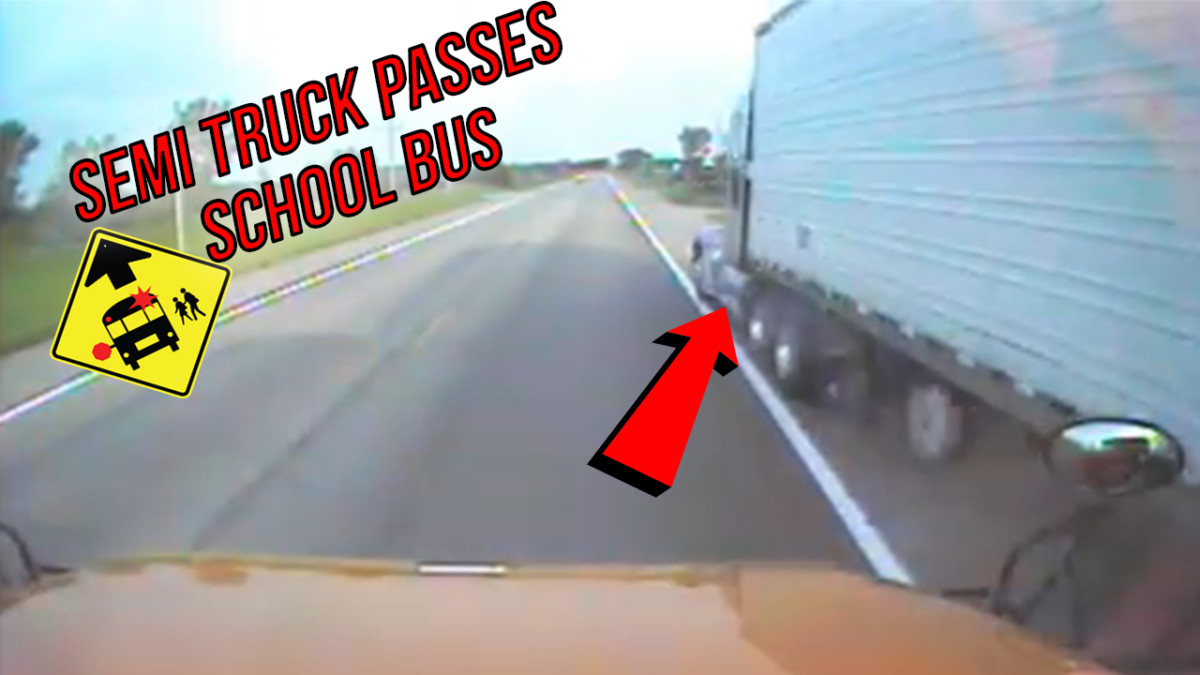 Let us just say that we are glad school is out, well temporarily in the state of Ohio in the month of March. This semi truck broke several laws while passing this halted school bus dropping of children in the state of Minnesota. Apparently, this is a big problem for the state of Minnesota, because according to Senate Republicans, in the past three years, between 1,000 and 1,100 citations were issued annually to drivers who illegally passed a stopped school bus in Minnesota. See the video of the close call below.

Semi Truck Illegally Passes School Bus in Minnesota. This video surfaced from several years ag. This semi truck driver put multiple lives in danger and the story went viral on Facebook when shared by a Minnesota senator. Senator Scott Newman shared a dash cam of an incident that occurred near Paynesville, Minnesota in 2014.