MASSIVE 55 Semi-Truck Pileup on I-80 in Pennsylvania 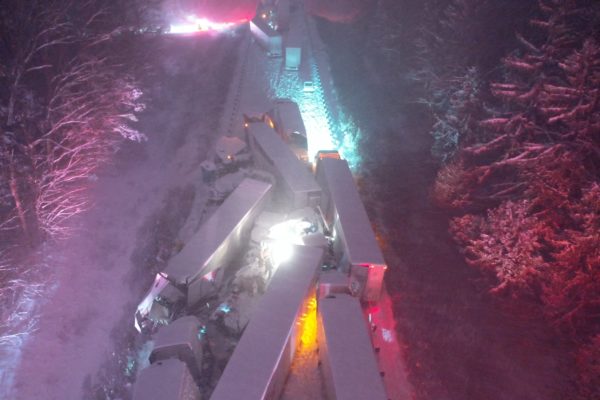 On December 16th, over 60 vehicles involved in a massive semi truck pileup including over a dozen passenger vehicles on I-80 in Pennsylvania within the Greene and Lamar Township area. Nearly 55 semi-trucks were involved and severely damaged in the pileup. Many drivers and local Pennsylvania officials attribute the crash to the winter storm that passed through during the week. See below for a video of one trucker involved in the crash.

Two deaths were reported on the scene with multiple other injuries as well. This story is ongoing and developing. See here for more details and new information.

CHECK OUT ALL OF OUR AVAILABLE INVENTORY OF TRUCKS, TRAILERS, BODIES & EQUIPMENT HERE.